Order Your Turf, Next Day Delivery!

Water Conservation in the Summer 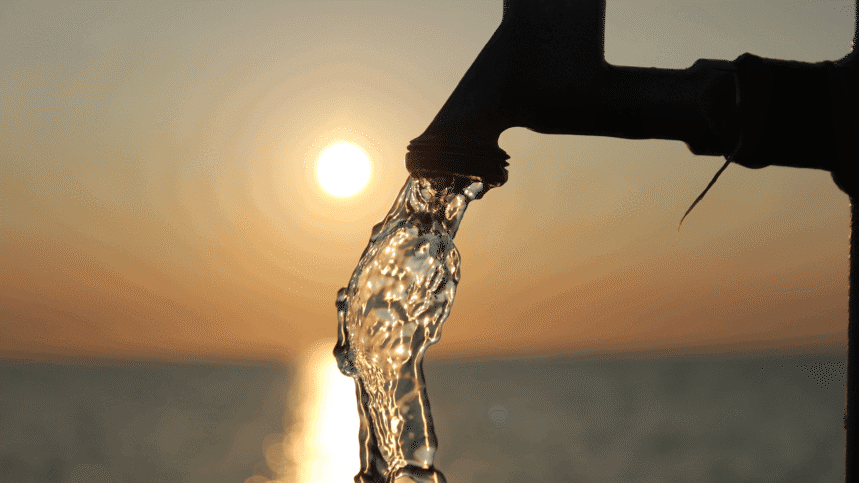 Water resources across the earth are coming under increasing strain due to excessive consumption, waste and a lack of awareness around the actions we should take to conserve water.

In the following article, we address both the water conservation facts and the long term effects of water consumption habits, as well as the simple steps you can take to save water. Additionally, you can expect advice on what to do should a water shortage hit and how to avoid running out during a crisis. Prevention is the best strategy however, sometimes the climate is such that we must plan a contingency.

The United Kingdom recently faced the driest summer since records began and attention was inevitably turned to responsible water usage. June 2018 saw the least rainfall for this month for almost 100 years with groundwater and river water levels becoming increasingly low so, it’s critical the population manage consumption to avoid the prospect of a nationwide shortage as utility companies consider hosepipe bans to reduce the strain.

If the weather remained dry, the country could face restrictions on household water supplies.

What is the actual risk of water shortage?

The Environment Agency recently stated the primary risk of a UK water shortage stems from excessive waste resulting from overuse and leaking pipes. Moreover, with the population increasing and climate change showing its effect, if we fail to act, we will likely face substantial shortages as soon as 2050. The report highlights how the nation loses enough water daily to serve a population of 20 million. While climate change is one contributing factor, our wasteful behaviour is arguably the bigger near-term concern.

In 2016, utility companies extracted roughly 9500 billion litres of freshwater from lakes, rivers, reservoirs, estuaries and groundwater. Of the water taken, around three billion litres were lost every single day. The Environment Agency has flagged how current abstraction levels are already at an unsustainable level in one-quarter of groundwater and twenty per cent of surface water reserves. Therefore, it’s vital to efficiently manage resources if we are to preserve our nation’s wellbeing.

Water waste is a global concern

UK residents use an average of 150 litres of water per person every day, demands rise at a approximate rate of 1% every year. The current level of wastage, coupled with areas such as the south-east of England having less available fresh water per capita than Syria or Sudan, mean the prospect of a severe shortage could be closer than one might think.

On a global scale, leaks alone account for 45 million cubic metres of wasted water per annum: a supply which would sustain 11 million households for an entire year with the estimated cost of the loss at close to £11 billion. Such wastage is a huge global concern, as communities on every continent compete for ever-diminishing supplies.

As illustrated by the World Resources Institute, many countries are affected by water stress. To put the below illustration into context, the extremely high-stress areas have an 80% likelihood of seeing their water supplies withdrawn. This could leave communities vulnerable to water scarcity, livestock and agriculture at risk, with drought conditions affecting the balance of natural ecosystems.

An often-underappreciated fact is the effort involved in supplying clean drinking water. Extraction, transportation, filtration – these are energy intensive processes requiring significant amounts of fossil fuels and with a non-trivial carbon footprint. Wasting water not only deprives those in need of a life-giving element, but it also creates a further unnecessary burden on the environment.

How can I save water & monitor my usage?

Saving water need not be a laborious process.

Three emergency steps for when a water crises hits

Should a crisis hit, there are three vital steps to take to avoid a catastrophe.

In the event of a crisis, the first action is source drinking water. Locate water refill points in your local area and replenish empty vessels. If you have access to a water tank, make use of this to store excess capacity.

Maintaining basic sanitation is essential during times of crisis; by showering over a tub, households can conserve water and reuse for washing clothes. Alternatively, if washing hands or cutlery, put a bowl in the sink and reuse the water to flush toilets.

We all need to eat; so, make use of the oven and the grill. Equally, use serving platters to avoid washing up; or wrap dishes in cellophane, then peel and reuse after each use.

Cape Town has been on the brink of running out of water for some time, but residents are holding fast and doing their best to conserve. While Sao Paulo, Brazil’s largest city, was recently on the cusp of running dry before a deluge ended their suffering just days before disaster struck. The United Kingdom last endured such an extended heatwave in 1976, which resulted in the most significant drought in over 150 years but the nation pulled through. While facing a water crisis is not easy, by modifying habits, we can survive. The vital step is adopting the right preventative behaviours to become part of the solution; instead of contributing to the problem.

Sidrah leads Waterlogic’s charge in promoting awareness around water conservation; helping the world understand we must act if we are to sustain our core resources. Through her efforts, she unearths the facts to illustrate the impending crises, while sharing a message of positivity that we can affect change, through a few simple actions.

Being committed to sustainable initiatives, partnering with businesses around the world to offer eco-centric water cooler solutions is just one of the few ways to reduce the carbon footprint of water consumption and remove plastic from your drinking water supply chain.